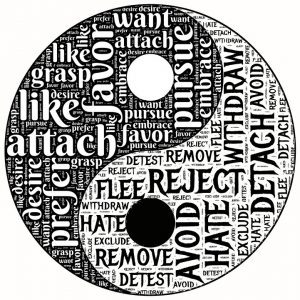 Here’s where it gets hard.

Remember that “You are beloved.”

Remember Jesus saying: “Perfect. You’re hired.” Even with your flaws.

I hope you’re holding on to that…because here’s where it gets hard.

God makes us in love, and for love, AND makes us different from one another…like cells in a body, or stones in a building…And those differences mean that: we get to work together…AND we get to struggle with each other… it often means that we bump up against each other…and hurt one another…It means we make good and bad choices…all the time.

It means we inhabit a world full people just like us: different and deeply imperfect people. People who make wise and foolish decisions…who are generous and selfish…people who are intentionally violent and reactively violent, people who are self-interested, and conniving, and corrupt… It means we live in a world where innocents are gunned down; where refugees flee from violence only to encounter hatred…a world of systemic inequalities, and injustices…racism and sexism…

Some days the hardest thing in this world is simply to live in it…let alone feel the love, or see others “walking around shining like the sun.” [Merton]

Somedays (most days?) our divisions are stark, and a lot easier to see than whatever unites us. Most days, it’s just easier to divide the world up into people I like and people I don’t.

“Cursed are those who trust in mere mortals….they shall not see relief…they shall live in the parched places…”

“Blessed are those who trust in the Lord…they shall not fear when heat comes…they will not cease to bear fruit.”

Blessed are you…but woe to you…

We are made to be different from one another so that we can work together…and so that we need to struggle…We are also hard-wired to see things in bifurcated ways. Good/evil; pretty/ugly; smart/stupid; love/hate; blessings/curses; up/down; right/left…either/or…

We are excellent sorters. We put things into categories without thinking about it. We have evolved with brains that make all kinds of distinctions incredibly quickly…it’s part of how we survive. Our brains are miracles of binary thinking…this/that…either/or… We apprehend and navigate the world through comparison, opposition, and differentiation. Binary thinking is like software of our operating system.

It’s incredibly important…The problem is, that it doesn’t go far enough. To become living stones…to grow in faith…to grow in Christ…we have to move beyond our binary brains.

The Franciscan teacher Richard Rohr says: Religion has actually outdone culture in dualistic thinking, “we’ve become as violent, as hateful toward our enemies, damming them to hell and whatever else, that the world doesn’t look to us for wisdom, because we’re trapped in the dualistic mind, instead of the mind of Christ we’re supposed to have.”

We need to hear the invitation that Jesus offers us today.

“Blessed are you…but woe to you…”

But this is only the first part of Luke’s beatitudes…we’ll hear some more next week that will bring us back to the ground of love, but today Jesus pushes us into a binary bind.

In part, his is a response to what we hear in in Jeremiah and the Psalm today.

They are like trees planted by streams of water”…they’re not worried…or anxious about stuff…they’ve got it made in the shade.

But the wicked…oooh, they get blown away…they can’t stand upright…they’re anxious and cursed…

It can feel pretty good… to let yourself go into that bifurcated place…tap into that righteous indignation…Oooh, those so and so’s…they’ll get whats coming to them…

But it’s a tricky place to be, especially when we start back constructing things…

“Hmmm….let’s see…I’ve got plenty of a/c when the heat comes, and plenty of heat when the polar vortex shows up….plenty of food, things are good…I must be doing something right…yeah….I’m one of the chosen ones…but those other people…

But turn that around, maybe things are not going super well for me right now…what did I do wrong? Am I cursed?

This theme runs through many books of the bible. The good are rewarded…the bad are punished…but…if we’re not careful we can get trapped in this and start thinking…”well, the poor must be poor because they’ve done something wrong…or the sick must have done something to deserve it…” and Jesus says:…no, the poor are blessed too…and the hungry, and those who mourn….and don’t think you can always hang onto those riches…or that happiness…or that good name…because those things are fleeting…. you’re beloved not because of what you’re able to accomplish…but because God says so…You’re blessed not because you’re so good…you’re blessed because God is so good, and the point isn’t being successful…it’s being faithful.

Jesus…like a Zen master…is using our addiction for binary thinking to push us past those static categories. It can sound harsh, but he’s just reminding us of reality. Riches come and go…just like hunger…and emotions…and public acclaim…and all things we insist on labeling “good” and “bad.”

Do you know the story of the farmer whose horse ran away? And the neighbors said, “oh bad luck, now you won’t have it to plow with.” And the farmer said, “good luck, bad luck, who knows?”

Later the horse returned with several other wild horses. The neighbors all said, “what good luck!” But the farmer just shrugged and said, “good luck, bad luck, who knows?”

The farmer’s son tried to ride one of the wild horses and broke his leg, to which the neighbors all said, “Bad luck.” But the farmer said: “Bad luck, good luck, who knows?”

The next day the army came through conscripting all the young men into service, but of course they passed over the son whose leg was broken. And the neighbors said: “Such good luck,” to which the farmer replied….you can see where this is going.

It’s hard work, but with God’s help…that is exactly what we are trying to do.